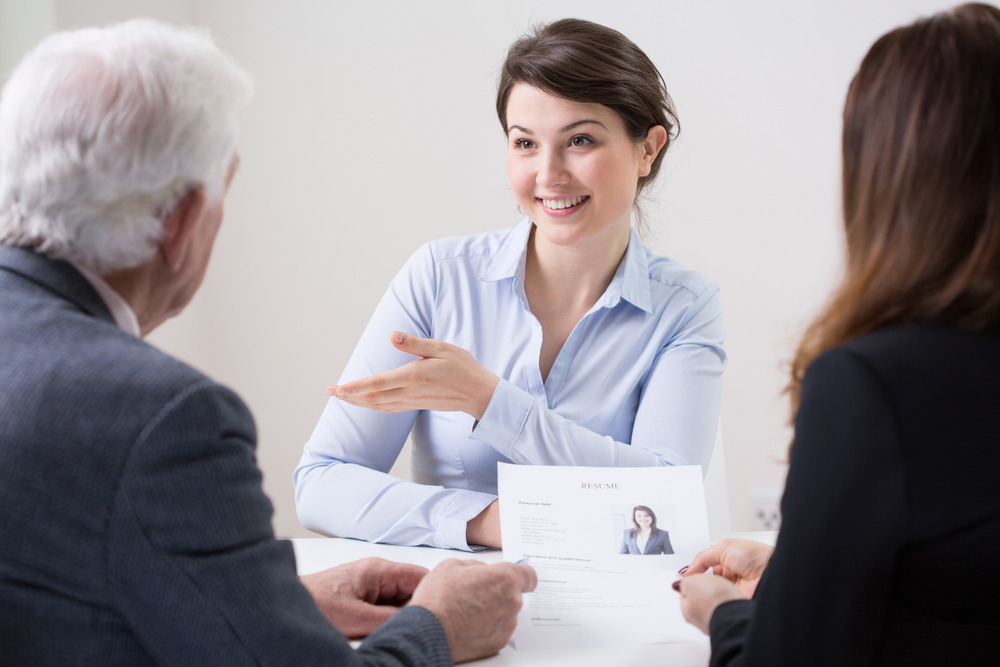 Like most U.S. laboratories, pathology and histology departments have undergone significant disruption over the last several weeks. Evolving stay-at-home and shelter-in-place orders have prompted a delay in “non-essential” testing and appointments, reducing the overall demand for pathology grossing in multiple verticals. Additionally, ripple-effect trends also suggest that patients have been making their own decisions about when (or even if) they’ll seek treatment—a pattern that may also impact people’s willingness to have surgery.

Lab managers, administrators, and pathologists recognize that the current grossing slowdown is temporary. However, right now, it’s hard to determine how much longer the delays will last, or what life in the grossing lab will look like once all the current restrictions are fully lifted. Some anticipate a prolonged grossing surge as pathologist assistants and histotechnicians navigate through a backlog of delayed patient testing, while others expect a slower, more gradual return to a “business as usual” pace.

The good news is that there has been an upswing in lab activity over the last few weeks, prompting managers to consider contract pathologists’ assistants to help eliminate performance gaps as operations ramp up. Additionally, many lab executives are using the current downtime to evaluate their existing staff model and determine if now is the right time to build up their team with additional permanent and travel pathologist assistants and histotechs. Those who decide to increase their staff should understand the biggest factors that influence PA and histotech salary ranges to plan their budget accordingly.

Like any hiring process, salary always comes into play for lab managers sourcing new permanent and travel PAs. A 2019 poll showed that experienced PAs across the country could generally expect an annual salary somewhere between $99,000–$105,000.

While having an understanding of general salary ranges is important, it’s also essential to recognize that other factors can impact final compensation for both pathologists’ assistants and histotechnicians. Some variables that may influence both salary (permanent positions) and hourly rates (temporary positions) for these skilled lab professionals include:

Experience Levels
Years of experience plays a major role in a PA’s or histotech’s pay parameters. A pathologists’ assistant’s salary requirements generally increase with their time in the field. Typically, new pathologists’ assistants enter the workforce earning somewhere between $75,000–$90,000 and can expect compensation to increase as mid-level and highly-seasoned professionals.

Workload
Overall grossing workload can also determine salary ranges for PAs and histotechnicians. Some anatomic pathology labs designate specific quotas for pathologist assistants, attaching compensation to overall lab productivity. This practice may become more common as labs attempt to navigate through the influx of grossing backlog that will be waiting for them once operations reopen.

Available Talent
As U.S. lab operations begin to pick up, many managers, directors, and HR specialists may find themselves faced with a PA and histotech talent shortage, or an influx of candidates who simply don’t have the right qualifications for the position. Lab leaders may combat the lack of experienced pathologists’ assistants by raising compensation to hire the top-tier resources for their facilities.

If you’re ramping up staffing efforts in your anatomic pathology lab, Nicklas Medical Staffing can help. Contact us today to discuss your hiring needs with a member of our sales team, or download our FREE Histotech and Pathologist Assistant Salary and Hiring Guide for more information on finding top-tier grossing talent now. 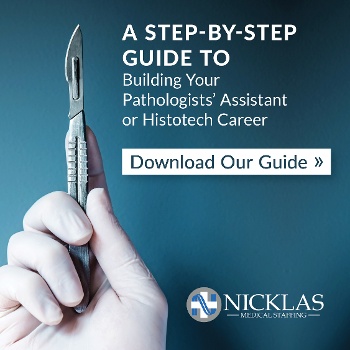 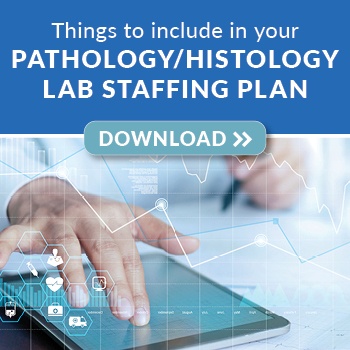